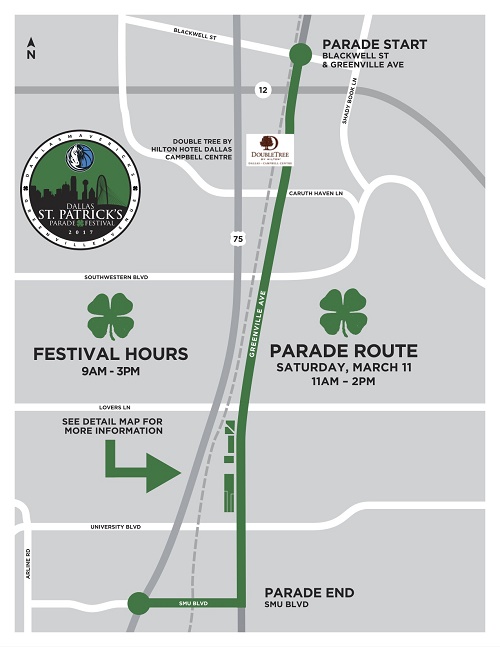 The St. Patrick's Day Parade will be held on Saturday, March 11, 2023. See see the parade's official website for current info.  at 11 am

The Parade will travel a 2 Mile Route from Greenville at Blackwell St. to Yale Blvd/SMU Blvd at 75 Central Expressway

The parade website says it is the largest St. Patrick’s Parade in the Southwest with 125,000+ Attendance

More than 90 Parade Float Entries
More than 1,700 Parade Participants
Organizers have again partnered with management of the Meadows Building, Sunwest Real Estate Group, and adjacent lots from Office Depot to CVS, thanks to Westwood Financial Corp., to provide exhibitor accommodations, food trucks, and activities for all ages.