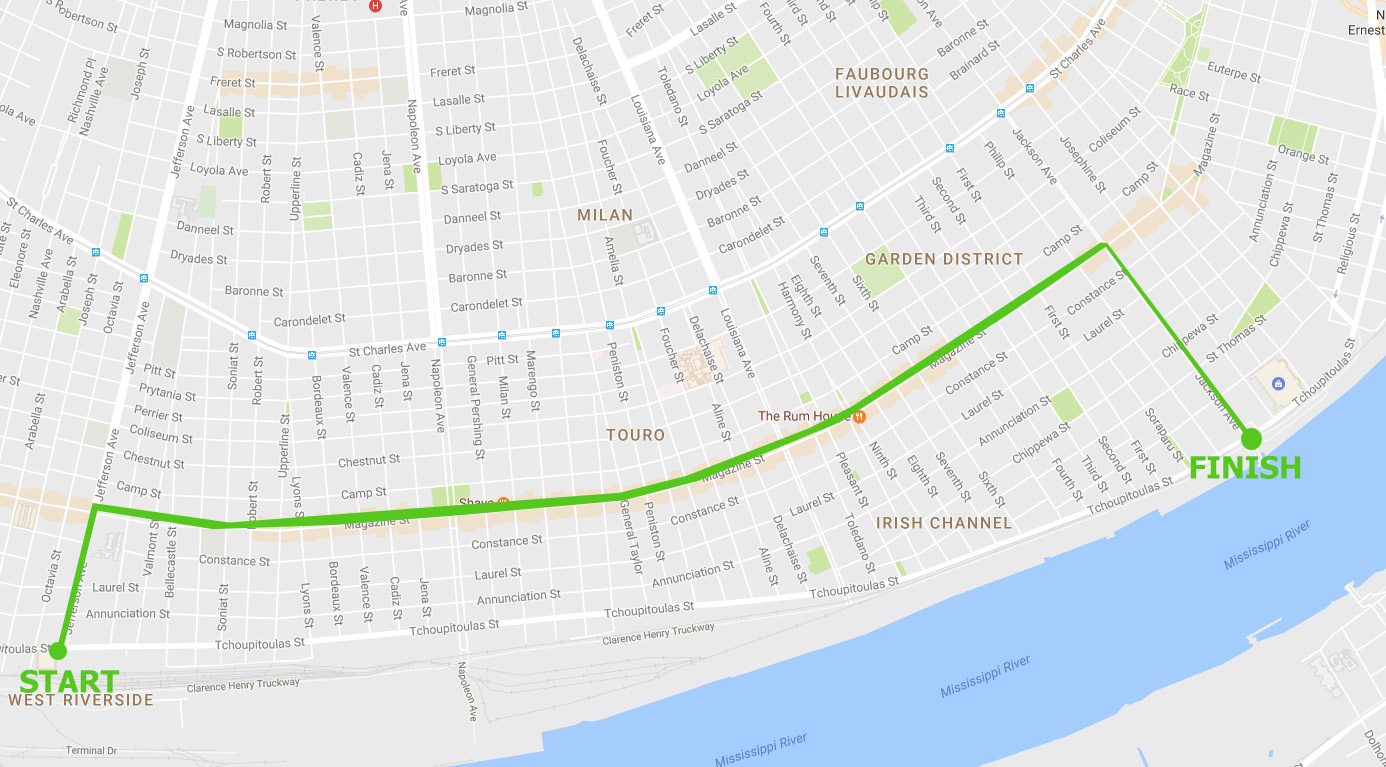 The Parade procession kicks off at 1:00 p.m. on Napoleon Avenue, turning onto Magazine Street and ending on Jackson Avenue. Parade viewing and block parties are free and open to the public! You can view the parade along the parade route or at a private establishment.

The parade now includes representatives from New Orleans's Irish groups. It will include floats, trucks, marching bands and second-liners. Throws include beads, doubloons, flowers, moon pies, and of course, vegetables. Those that experience the luck of the Irish may catch some cabbage from a passing float or receive a kiss from one of the walking club members.

The celebration will begin with mass held at St. Mary’s Assumption Church at noon, and the parade will follow immediately after.
Block Parties: Want to continue the celebration? Find your pot of gold at one of the St. Paddy’s block parties.

Parasol’s Bar located in the Irish Channel celebrates the holiday with a blowout party throughout an entire block of the neighborhood. On both The St. Patrick's Day Parade should be held on Saturday, March 11, 2023. See their website for current info. and Friday, March 17, 2023 green beer, local flavors and even -leprechauns- crowd the area from 10 a.m. to 8 p.m.