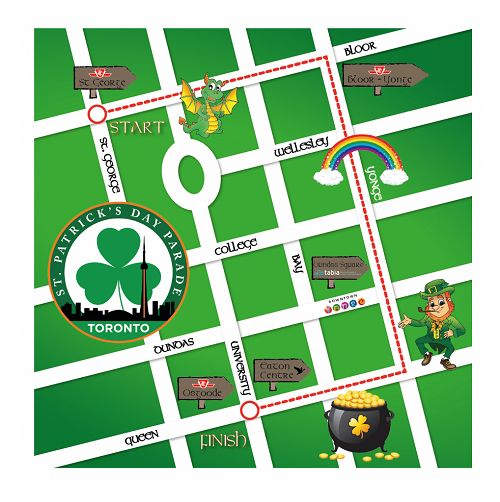 Toronto , Ontario's St. Patrick’s Day parade dates back to 1988 and is is one of the largest in North America. ..

Sunday, March 19, 2023 starting at 12 pm, and the line of march lasts one and a half hours at any given point along the route. See their Facebook page for updates

Access from the TTC subway can be made at the following stations: St. George, Bloor, Wellesley, College, Dundas and Queen.